One of the best gifts I ever bought myself was a dance lesson to learn how to waltz.  It’s hard to believe that purchase was over 10 years ago – because I have been dancing ever since!  Dancing is fun; you get to move to great music; anyone can do it; and it’s fantastic exercise.   I can’t believe how far I’ve come—not only do I waltz but I now do all 5 Latin dances as well (cha cha, samba, rumba, Paso Doble, and jive)!  This is all thanks to two of the best teachers in the field, Dmitri and Svetlana Ostashkin of New York Dance Center in Ardsley.  If you know anyone who would want to move to the music and not just watch “Dancing with the Stars,” why not call New York Dance Center  at 914-478-8844 and give a gift certificate for a dance lesson? 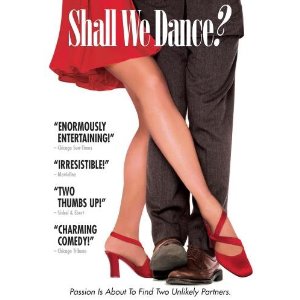 For those who might be shy about moving to the music, there are several great DVDs that would make great gifts, but my favorites include all versions with the same title, Shall We Dance?  [although the Fred Astaire & Ginger Rogers’ version does not have the question mark and is a very different story].  All can be found at Amazon or you can even check them out from your local library!