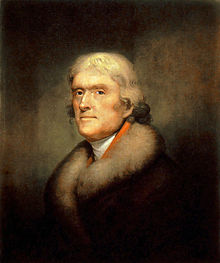 The following blog post was written by a special guest of the Westchester Library System, Assembly District 95 Assemblywoman, Sandy Galef.

“I have always been impressed with President Thomas Jefferson. I was a graduate student at the University of Virginia, a school developed by President Jefferson, and my personal view of his multi-faceted life made me admire him even more. The University of Virginia is one of his outstanding architectural and educational achievements. In addition, I was amazed at many of his inventions which one can view at his home, called Monticello. He was both an important Founding Father and an extraordinary President.”