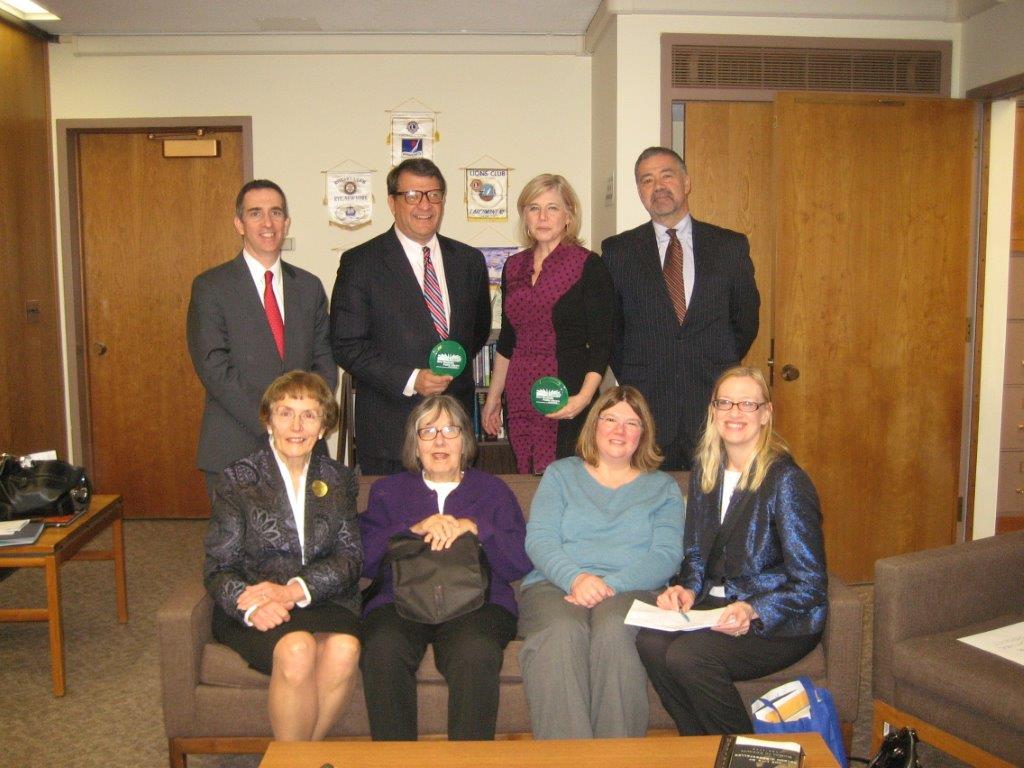 A group of 14 library supporters from Westchester drove up to Albany to join the New York Library Association’s (NYLA) Library Advocacy Day on Wednesday, February 26.

The group was made up of directors, trustees, staff, friends and advocates representing the libraries listed below:

We visited the offices all of the 14 legislators who represent Westchester County in the following order:

This year Governor Cuomo’s proposed Executive Budget for FY2014-2015 included $81.6 Million in Library Aid, an amount which reflects levels from 1996.  Library visits have increased 46% since 1996, and libraries have been keeping pace with the technological changes and information needs of their communities.  Additional funding is necessary as libraries continue to expand their role to provide workforce development resources and provide essential portals, along with guidance, to the increasingly important world of digital information. 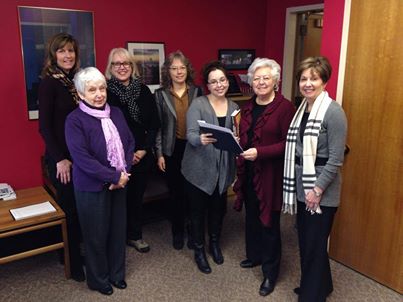 In addition, users from the libraries noted below signed a letter of support calling for a 4% increase for Library Aid (same as the increase proposed for School Aid).  A total of 971 signatures were collected and the signed letters of support were delivered to the Legislators.

A special thank you is due to this year’s great group of Library Advocates.  All contributed in some way—sharing insightful success stories from their libraries, taking pictures, driving, writing, tweeting, participating.

And special thanks goes to New Rochelle Public Library for providing this year’s transportation to Albany!

The deadline for an on-time budget is March 31st, so there is still time to contact your legislator via NYLA’s Online Advocacy page per the link below:

Meanwhile, libraries will continue to provide the essential services that are an investment in New York’s educational and cultural infrastructure, shaping a brighter future for all New Yorkers.